“Truth will ultimately prevail where pains are taken to bring it to light.”

We are living in unprecedented times. America appears to be imploding. The once strong moral and social fabric has become threadbare and is showing serious signs of tearing apart. How did this happen? How did this happen seemingly “overnight”?

Answering the first question is easy. America is in the position that it is because evil has been allowed to permeate every facet of our government, civic, and social institutions, and has propagandized a critical mass of Americans. That effort was simplified by the complete takeover of the U.S. education system by avowed Marxists led by John Dewey.

The intentional removal of American civics from the classroom, the obfuscation of the responsibilities of every citizen in this Constitutional Republic, and the Marxist controlled media has resulted in a population of extremely ignorant people who advocate for their own demise. Freedom and liberty are on life-support because most Americans are fixated on themselves, their pleasures, their material prosperity, and their comforts and lusts (James 4:1-4). Too many Americans are averse to any type of sacrifice, service for others, or upholding the truth of foundational principles of right and wrong. Live and let live is a sure recipe for death. Living your life while watching other people destroy theirs, as well as those close to them, is not compassion and mercy. It is shameful indifference and worse. That is what we are seeing right now in America.

The answer to the second question, “How did this happen seemingly overnight,” is that it did not happen overnight. It has been a slow and deliberate strategy to undermine American exceptionalism by methodically undermining what made her strong, to begin with – an adherence to Judeo-Christian principles. A nation that was established to be that city on a hill, shining the Gospel light to the entire world, once lived up to that divine mantle. But, alas, the light has been slowly dimmed such that today, other nations send missionaries to America!

America has a dual personality. The rest of the world sees America as either that place where dreams come true, the fabled land of freedom and liberty, or as an enemy that foments wars and the inevitable consequences of war such as destroyed economies, poverty, disease, and years of tragic turmoil trying to rebuild lives after the Americans leave. Most Americans only see the former. I was reminded of this dual personality once again in a book I recently purchased. In Dallas ’63: The First Deep State Revolt Against the White House, author Peter Dale Scott alerts readers to the true nature of America.

The massive projection of U.S. wealth and power abroad has produced a massive increase of covert unchecked power in Washington, to the extent that we now have what the journalists Dana Priest and William Arkin have called: two governments: the one its citizens were familiar with, operated more or less in the open: the other a parallel top-secret government whose parts had mushroomed in less than a decade into a gigantic, sprawling universe of its own, visible to only a carefully vetted cadre – and its entirety…visible only to God.

The power of the public state is based on the constitution and periodic elections and is thus limited by checks and balances. The power of the covert deep state, in contrast, is unchecked and has expanded as the global U.S. presence has expanded. The two kinds of power were destined to come into conflict. The public state aims at openness and persuasion. The deep state represents the opposite, intervention by secrecy and violence. (pp.5-7)

What we are seeing today in America is the clash of two worldviews, of two distinct aims and goals for the nation of America and indeed, for the world. Behind the secrecy and domination through violence is the deep state, composed of various organizations and individuals who collectively have one common goal – control the world and increase their personal wealth regardless of the cost to anyone else. These individuals and organizations are composed of well-known names; business people, heads of major global corporations, politicians, historically wealthy families, central banking cartels, media conglomerates, and of course, various religious factions.

I will not go into greater detail than that in this chapter. That work is left for you to do. The information is available in abundance for those who have eyes to see and ears to hear. (Luke 10:23). Do not be the person who is critical of the truth revealed when you have never bothered to verify anything. The Bible says God’s people perish because they have a lack of knowledge. There is a serious lack of not only biblical knowledge but of knowledge concerning the reality of the world we live in. America is in the throes of death precisely because Americans have allowed the God-haters and America-haters to thrive and press their demonic views upon everyone else.

Will you join me in this struggle? I am praying for God’s mercy. We may be under the judgment of God or we may simply be reaping the fruit of our own failure to be the moral compass for America. Regardless of which it is, we are not free to sit back and do nothing.

You cannot sit it out. It is here and it will touch every community large or small. There will be no standing on the sidelines observing this war. If America is to survive every man and woman who loves America in spite of its blemishes, must invest themselves in this struggle. I hope one day I will be able to say to my grandchildren, I did all I could and left everything on the field of battle so that you might enjoy the freedom and liberty we now have. Let’s do this for the glory and honor of God! 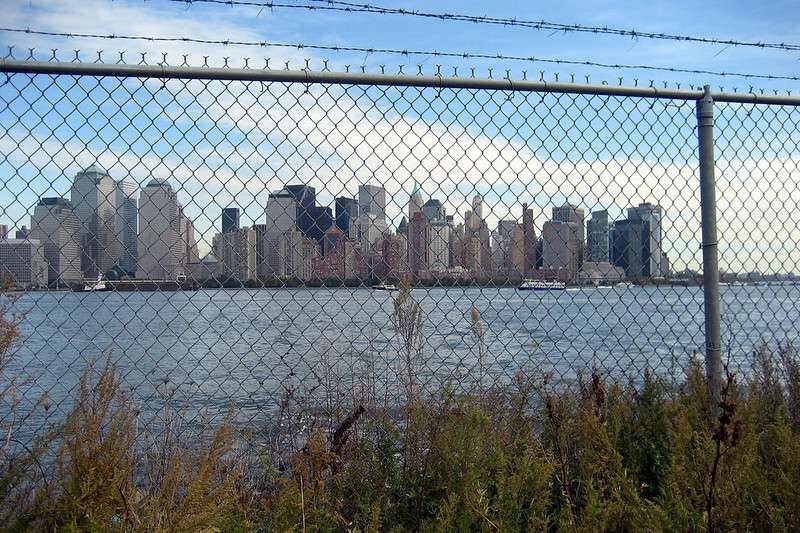