Imagine a land where the government has the power to lock people up because the
unelected bureaucrats in the Health Department think that you might, possibly have a
communicable disease. They don’t have to prove you are sick. They don’t have to prove you
are a health threat to others. They just need to think that maybe you were possibly exposed to
a disease. And when I say “lock people up”, I mean lock you in your home, or force you from
your home into a facility, detention center, camp (pick your noun), that they get to choose, and
for however long they want. No time limit; so it could be for days, weeks, months, years…

Now imagine that there is no age restriction, so the government can do this to you
personally, or to your child, or to your grandchild, or to your elderly parent, or to your ailing
grandparent. The nightmare continues, because you have no recourse. No chance to prove
that you aren’t actually infected with the disease. No chance to confront your jailers, see their
supposed evidence against you, or challenge their quarantine order in a court of law before
getting locked up. And they can use law enforcement to help them carry out their forced
quarantine or isolation orders, so the knock on your door could very well be the sheriff or police
coming to remove you from your home, or to “check-in” on you to ensure you are locked down
in your home, isolated, in the manner in which the Health Department ordered you to be.
This dystopian horror sounds unbelievable to an American… the government having the
ability to control your every move is unnatural to us, as it should be. Them being able to have
unbridled power to tell you where you can and cannot go, what you can and cannot do, who
you can and cannot see is the very antithesis of what our Country stands for. It flies in the face
of “liberty and justice for all”. After all, we are supposed to be a nation of governance of the
people, by the people, for the people.

And yet, the Governor of New York and her Department of Health have promulgated a
dystopian regulation that does all of that, and more. The regulation is called “Isolation and
Quarantine Procedures” and can be found at 10 NYCRR 2.13. It is a clear violation of Separation
of Powers because the Governor is not supposed to make law, and nor can an agency. Only the
legislature can make law, and the NYS Legislature does not want to make a law like this. We
know that because (for several years) they refused to pass a proposed law (A-416) that was the
same sum and substance of this DOH regulation!

making this regulation which is actually an impermissible law. Of course, the State is calling this
a “regulation”, but in reality, it is a law cloaked as a regulation, as there is no enabling statute of
the legislature that authorizes the Department of Health to make this “regulation”. Not to
mention the fact that their “regulation” violates numerous Constitutional rights as well as New
York State laws.

So, on behalf of a group of New York State Legislators, together with a citizens’ group,
called Uniting NYS, I am suing the Governor of New York and her Department of Health to stop
their “quarantine camp” regulation! The NYS Legislators standing with Uniting NYS in this
lawsuit are true leaders, Senator George Borrello, Assemblyman Chris Tague, and Assemblyman
Mike Lawler. They’re willing to stand up for We the People, and to help preserve the
Constitutional rights upon which our founding fathers based our great Nation. Additionally,
Assemblyman Andrew Goodell, Assemblyman Joseph Giglio, and Assemblyman William Barclay
are also standing with us, by writing a fantastic Amicus Brief in support of our case.

Our lawsuit is the first and only lawsuit of its kind in the country, and its importance
cannot be understated. If this “regulation” is allowed to stand, then it will signal to all agencies
that they can make regulations that conflict with the Constitution and with state laws. If that
happens, then the Legislative Branch of government will no longer be a co-equal branch.
Instead, it will become subservient to the Executive Branch, because the agencies in the
Executive Branch could simply make a rule that conflicts with our laws (or the Constitution)
whenever they wanted. It would render our laws useless. It would lead to tyranny, and it is We
The People who suffer under a tyrannical regime.

Think about it – if we don’t win this lawsuit, and quarantine camps are a new standard of
government control over the people in New York, then it will spread like wildfire across the
country. Other states will see what New York is doing, and they will follow. The floodgates will
open, and once open, those gates may never close. So we must win this fight, not just for New
Yorkers, but for all Americans!

To find out more about our monumental lawsuit, to sign up for weekly updates, to see
how you can help, or to support the lawsuit, go to www.UnitingNYS.com/lawsuit. We are
proud to be on the front lines of this fight against tyranny, but we cannot do it alone, so we
hope you will get involved and be a part of the movement to return the power to We The People. 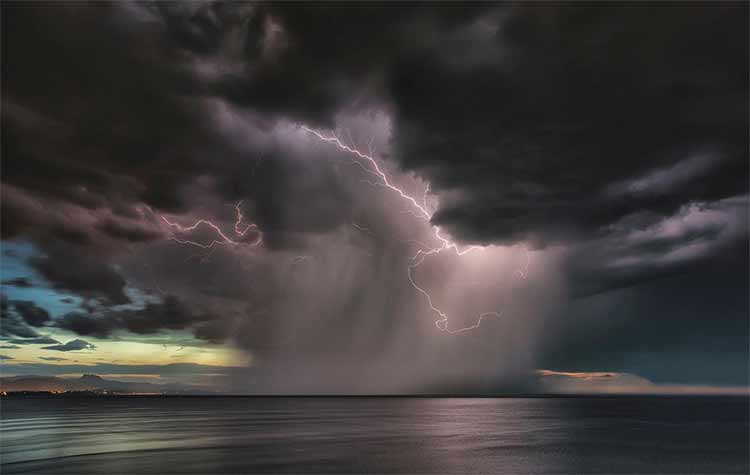