Our very freedoms hang on the integrity of our elections and freedom is non-partisan.  We are witnessing daily proof that the battle is not necessarily Republican versus Democrat, but rather We the People versus The Establishment.  After Republican Washington State Representative Robert Sutherland spearheaded efforts to ensure election integrity, began holding election hearings and collecting affidavits regarding the anomalies and illegal votes pertaining to the 2020 election, Governor Jay Inslee requested legislation from House Democrats, SB 5843, to make it illegal and punishable by fines and jail time for an elected official to question election results.

When the Governor used emergency powers to shut down businesses and livelihoods and required employees to be ‘vaccinated’ or lose their jobs, Sutherland filed a lawsuit against these actions.  When some Republicans pointed out it was unlawful for the government, led by Democrats, to require Legislators to divulge their personal medical records to House Democrats in order for them to access their offices and the House floor, Sutherland brought a second lawsuit against them regarding their abuse of power naming House Speaker Laurie Jenkins, House Chief Clerk Bernard Dean and 3 others as defendants for preventing elected public servant officials from performing their duties in Olympia.

Here is the real story:

On March 5, Rep Sutherland was on the Olympia campus to attend his Transportation Committee when a plain-clothed individual exited a vehicle yelling curses, motioning and coming towards him claiming Sutherland wasn’t allowed to be there and that he needed to leave.  While continuing his abusive tone and language, the individual revealed that he was the Sergeant at Arms and insisted that Rep Sutherland wasn’t allowed to be on campus because he wasn’t ‘vaccinated’ nor tested for that day.  However, the current House rules allowed unvaccinated and un-tested individuals to be on campus and in the legislative building, specifically the Columbia conference room.

When Sutherland refused to leave, the Sergeant at Arms continued the assault and intimidation, coming toward Sutherland in a threatening manner.  Frustrated by the illegal and provoking actions of the Sergeant at Arms, Rep Sutherland responded with an expletive.  After the words were exchanged, Sutherland went on his way, unable to access the conference room and perform his duties.  He later learned that the Sergeant at Arms had filed a complaint against him for using an expletive.  An “investigation” was conducted, and a final report blaming Sutherland for the incident was written by Bernard Dean, who also happens to be a defendant in Rep. Sutherland’s lawsuit.  Within an hour of the report, JT Wilcox, House minority leader, published a press release condemning Rep. Sutherland.  Not only was the report not accurate and a defamation of character, news articles further spun the events in the classic use of media to push a desired narrative or to smear the character of an individual for political reasons.

The Seattle Times, Lynnwood Times and The Everett Herald picked up on the story and continued the defamation, showing the all too common biased and unaccountable journalism beholden to the establishment, not taking the facts and Sutherland’s own official report into account.  When Sutherland learned of a report filed against him, he was shocked and felt that if anyone should be filing a report it should have been him, and he proceeded to file a report against the Sergeant at Arms.

As a result of that filing, House Chief Clerk Bernard Dean forwarded a complaint to the Legislative ethics board, claiming Sutherland may have violated RCW 42.52.070, Special Privileges, for ‘retaliation’.   When media reached out to Sutherland, he responded, made public his statement and gave an interview on the Jason Rantz Show to refute the attempt by the establishments actors and media to implicate him as guilty of an embellished charge and smear his character.  Since Sutherland responded to the media and made public statements regarding the charges and falsities published, Bernard Dean posited Sutherland ‘abused his powers’ by filing the complaint.

Especially during a time of unparalleled crime, chaos and an overall degradation of society and our governmental system, one would wonder why an incident of seemingly relative insignificance would be so escalated and newsworthy, but one only has to look at recent history and see how the local and national establishment goes to great and unethical lengths to destroy, defame and depose their political opponents.

The establishment has a history of targeting political opponents who defend the second amendment, work for election integrity, seek to reduce government waste and spending, defend constitutional rights of citizens, and seek to put the power back in the hands of the people where it rightfully belongs.  Representatives like Robert Sutherland will continue to be their target.

This election, the 39th district that Sutherland represents was redrawn to include the residence of an opponent for the upcoming July primaries.  Olympia bureaucracy, like our federal bureaucracy, is largely a corrupt self-seeking machine void of truth, morals and concern for the citizens it is instituted to serve.  History proves that the biggest danger to citizens of any nation often comes from their own overreaching government.  In the United States and in individual states, government is instituted for the purpose of safeguarding the rights of its citizens which are endowed by their Creator, not government.

With their abuse of power and usurping and oppression of the will, livelihoods and very lives of the people of Washington, Governor Inslee and the Olympia and national establishment is a tyrannical, untrustworthy government that must be held accountable.  Unless we the people step up, any elected official that goes against the will of the establishment will continue to be targets for the corrupt machine as Representative Robert Sutherland and others have been.  It’s time to put the government back in its rightful place.  Get involved, speak up, become a Precinct Committee Officer, run for office, stand and lock arms with those who stand for your and your children’s rights. 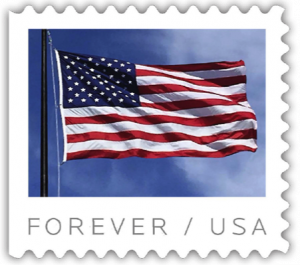