I’ve learned that if you don’t like something change it; if you can’t change it, change the way you think about it. For the past several years I have not felt very positive about the state of our Nation. The vitriol; the screaming over one another; the name calling; the inability to come to a consensus on practically every issue facing our country was becoming exhausting to witness. I foolishly argued with folks on Twitter and Facebook, tried to convince others to agree with my position, only to feel disappointed and incredibly frustrated with my inability to communicate issues I was passionate about. At one point, for the future of our Republic, I did feel defeated and hopeless. As a reader of this article, have you ever experienced any angst or exasperation when communicating with others on current events? I used to say, ‘I sure hope things will change.’ Then I learned that the only way things are going to change for me is when I change.

This is an article written on a compelling topic that affects us all as Americans and it is non-political and bipartisan. One of my three professional careers was as a business coach, and I learned that the “answers are always in the questions.” I’m asking 5 questions that will make you think (don’t despair, I suspect the answers will be obvious) and then I will propose a solution to the questions.

Now, tell me how you would feel if I showed you a way in which we can decide what’s best for our families; stand against tyranny; reign in unbridled government spending with unending budget deficits (nearly 30 TRILLION); create fiscal responsibility; place a limit on federal taxation; oversee our kids’ education; determine our own health care choices; eliminate federal government overreach; term limit ALL Members of Congress, federal bureaucrats and Judges; all while exercising our civic muscle through a logical, peaceful and Constitutional process?

The Congress, whenever two thirds of both houses shall deem it necessary, shall propose amendments to this Constitution, or, on the application of the legislatures of the several states, shall call a convention for proposing amendments, which, in either case, shall be valid to all intents and purposes, as part of this Constitution, when ratified by the legislatures of three fourths of the several states, or by conventions in three fourths thereof, as the one or the other mode of ratification may be proposed by the Congress; provided that no amendment which may be made prior to the year one thousand eight hundred and eight shall in any manner affect the first and fourth clauses in the ninth section of the first article; and that no state, without its consent, shall be deprived of its equal suffrage in the Senate.

Q. What is a Convention of States?

Q. How do the State Legislators Call a Convention of States?

A. Thirty-four state legislators must mass a resolution applying for a convention of states dealing with the same subject matter.

Q. How realistic is calling a Convention of States?

Q. Does a convention for proposing amendments have any power?

Q. Why does the Constitution authorize the calling of a convention?

Q. How does a convention of states come about? 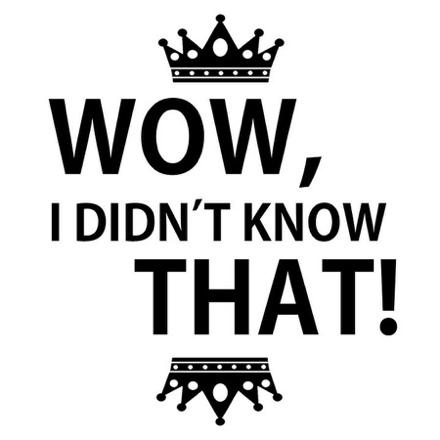 A. Any state legislature can invite other states to participate in a convention for any reason. The invitation is referred to as a “call.” However, there is a special procedure for calling convention of states for proposing amendments: Upon the demand by two-thirds of the state legislatures (now 34) for a convention on the same general topic(s), Congress must issue the call.

Q. Can Congress block a Convention of States?

Q. How do states choose their delegates?

A. States are free to develop their own selection process for choosing their delegates.

Q. What happens at a Convention of States?

A. Delegates discuss and propose amendment proposals that fit the topic framed by the 34 state resolutions that triggered the convention. Each state gets one vote.

In the Convention of States Resolution, three topics are listed for the convention: 1.) Fiscal restraints on government spending; 2.) Limits to the power, scope, and jurisdiction of the federal government and 3.) term limits for members of Congress, federal-appointed judges, including Supreme Court Justices and managers of the 4,000 federal agencies. Only those topics can be addressed at the convention.

Our nation is suffering from a tremendous void of leadership, on both sides of the isle. Who among our politicians are standing strong and articulating a clear path forward that will lead to the restoration of the republic? All we hear is complaining…against Trump and the last administration, against Biden, against Congress, against the courts. The fact is, there is only one constitutional plan with the power to save the nation and it’s calling a Convention of States. Can you imagine where we’d be today if all liberty-loving organizations and politicians simply agreed that it was time to ban together and promote a Convention of States? A sleeping giant has awoken. We the People are fed up with sending politicians to D.C., only to watch as they continue to expand the power of the federal government. Congress will never vote to limit its own power.

So, there it is: a solution as big as the problem! If you are anything like me, you have been thirsting for an alternative. Momentum is growing. As of this writing, 17 states have ratified the resolution for a Convention of States. We are halfway there. This has become the largest grassroots army of dedicated activists this country has ever seen.

I have become so committed to this process that I have become a District Captain in Ohio for the Convention of States. Should you have any questions or comments, I invite you to reach out to me at 440-552-8934 or arnoldrunt46@gmail.com. I hope you found this non-partisan explanation serve as a logical, peaceful, and Constitutional solution to bring back control of our government to the States where our Founding Fathers intended it to reside. Thereby allowing greater input, connection, and debate with our State-elected officials.

I invite you to click on the link below and learn more about the solution.